Mathematician with a big heart

Pierre Jacobs is a housefather at the Abraham Kriel Bambanani Benoni Satellite House and a Mathematician by profession. In 2019, Pierre decided that he could do more and extend his fatherly duties by helping other young people achieve their dreams…one equation at a time.

Pierre has started a Math tutoring project for Grades 10, 11 and 12. With the help of the local congregation, parents and the community at large. This selfless act by Pierre is slowly but surely becoming a community project. “It really broke my heart to see young people’s dreams being shattered because they did not receive a good enough mark for Mathematics. I want to make a positive contribution as lives are being destroyed due to a lack funds”, says Pierre. At the beginning of the year, Pierre and Rev Strydom of the Benoni North Dutch Reformed Church, decided to open up the classes to interested learners at no cost but asked those that can afford to donate to please do so. Donations received from this project will go directly to the Benoni Satellite House that forms part of Abraham Kriel Bambanani.

Pierre, as a housefather, has done great work with the girls at the Benoni Satellite House. Last year, one of the girls, Nelia*, was struggling with Mathematics and had received an average of 41% in her first term. But, by the end of her third term she received 61%, a great achievement in just a couple of months. Pierre’s leadership has gone beyond Mathematics with the girls as Nelia and another girl at the house, Ilaria*, assist Pierre with the Saturday classes. The girls assist with registrations and they help to teach the primary school children that attend lessons.

Pierre has big dreams for his Math project and hopes one day to be able to assist more children. “We started with a small group of learners but by mid-January, we had more than 100 learners attending. We believe that in due course, we will be able to build a strong Math school both academically and financially”, adds Pierre.

The lessons are run in English and Afrikaans every Saturday at the Benoni North Dutch Reformed Church. For more information regarding the classes or to donate, please contact:

*Not their real names 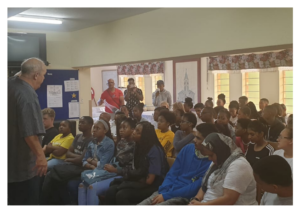 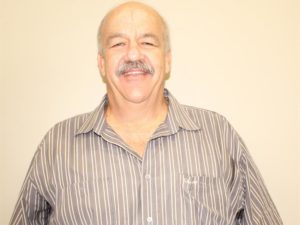